As part of Cask Ale Week, we are celebrating the launch of Small Beer Steam into cask and exploring what makes cask beer so special. 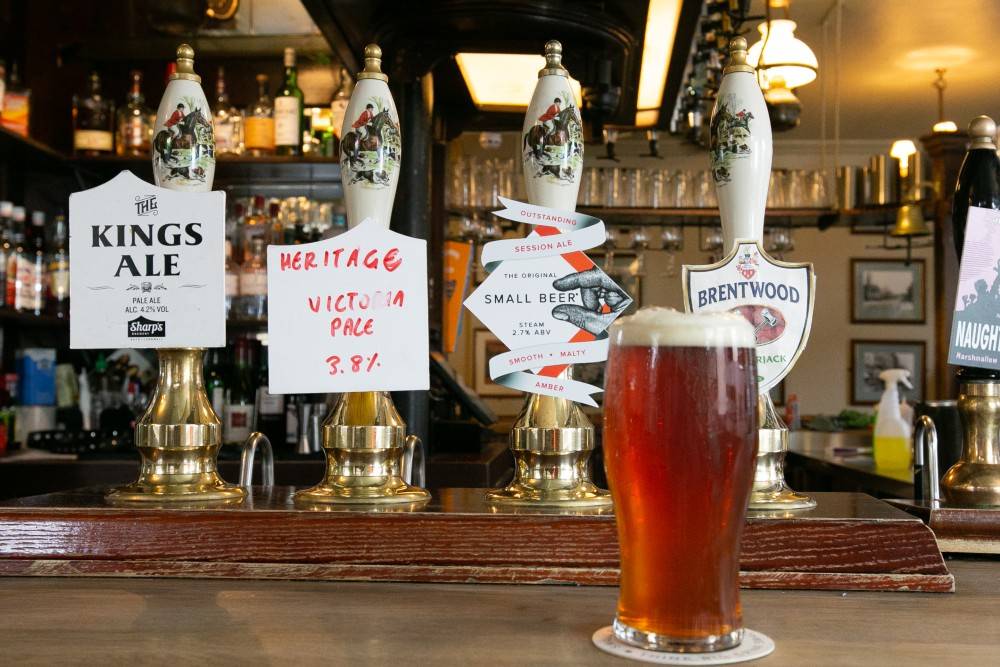 This month we launched Small Beer Steam into cask for the first time ever, marking our commitment to reviving the declining cask beer category, so that a new generation of craft beer lovers can continue to enjoy Britain’s national drink.

Up until now, the five classic styles in The Original Small Beer range have only been available to pubs and bars in modern kegs, but launching Small Beer Steam as a cask ale adds a whole new dimension to this unique beer style.

Small Beer Steam beautifully bridges the gap between a lager and an ale, with a rich and robust body, but a surprisingly bright and vibrant finish. It's brewed with British rye malt that is roasted to give the beer its deep amber hue and a subtle hint of spice. Time Out said: "It tastes incredibly complex for just 2.7 percent, full of dried fruit flavours and delicious maltiness."

Regulars at the Small Beer Taproom were first to enjoy this outstanding amber beer on cask, but it’s now rolling out to pubs across the country, starting with two of London’s most historic watering holes: The King’s Arms on Roupell Street and The Roebuck on Dover Street.

WHAT IS CASK BEER?

Cask beer - or real ale - is a living, breathing product, which develops its rich body and creamy mouthfeel by allowing in oxygen to the vessel in which it is stored and undergoing a secondary fermentation period, which typically happens in the cellar of a pub.

The beer in a cask is neither filtered nor pasteurised. It's served at cellar temperature, without the injection of any gas, which gives it a gentle sparkle that is conjured by the natural carbonation that occurs in the cask.

The term ‘cask beer’ was not recognised until the emergence of the Campaign for Real Ale (CAMRA) in the 1970s, but beer has been conditioned in casks for thousands of years. Historically, brewers used wooden barrels known as firkins to hold nine gallons or 72 pints of beer. The size (and the name) of the cask has remained the same, but modern brewers now use stainless steel firkins to condition their beer.

Keg beers - like lagers and modern craft ales - have become very popular in recent years, largely because they have a much longer shelf life, but also because they are less intensive than cask beer and don't require the same amount of care or expertise to serve.

A modern beer keg holds 30 litres or 52 pints. A mini beer keg is smaller still and tends to produced for home consumption. The beer inside a keg tends to be much fizzier than cask beers, due to the injection of gas, and they are served chilled rather than at cellar temperature.

Brewing explained: Why Malt is the Backbone of Any Beer 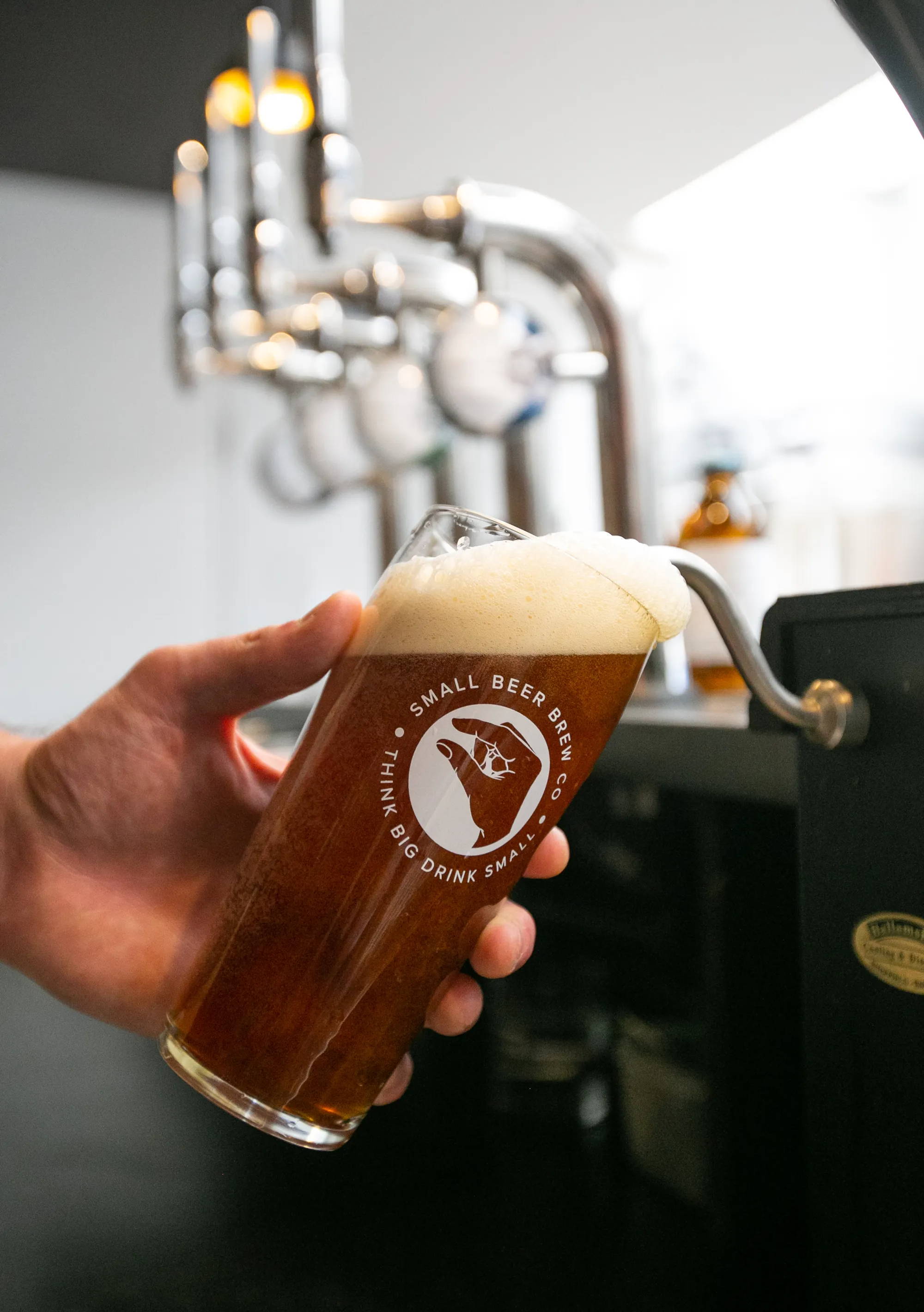 HOW TO KEEP CASK BEER

Before cask beer can be pulled from a hand pump and finally enjoyed by the customer, it has to be vented, tapped and conditioned in a pub's cellar. During this stage, the live yeast in the beer ferments for a second time, giving the beer its unique character.

John Palmer is the manager at Hackney Tap, a craft beer pub in Hackney Central, which offers five casks on tap as part of its extensive beer and cider offering.

"I would do half the work if we were keg only," he admits. But this is simply not an option for John. He’s a self-proclaimed lover of cask beers, having grown up in East Yorkshire, drinking cask in the local rugby and football clubs. "Cask beer is my baby," he says.

Different beer styles may require different levels of care, which is why the expertise of a seasoned landlord is so crucial in the cask beer cycle. As John explains: "Some beers need venting over three days whereas for others, you can do it overnight. It really depends on the beer: I always think being hard and fast with your rules is a mistake when it comes to cask."

The same variance is also true of a beer’s lifespan. "The shelf life of cask beer isn’t very long, but dark beers with a higher alcohol percentage can last much longer."

ARE CASK BEERS LOWER IN ALCOHOL?

Cask beer has its roots in the civilisations of Ancient Europe, but it has become synonymous with Britain and the steadfast beer styles that are supped in quaint pubs - particularly up north - if only because Britain is "the only country that continues this idiosyncratic process" of conditioning beer in casks, as is explained by Beer Connoisseur.

In the last two centuries, most of the firkins used to condition beer by British brewers contained a style of ale known as Mild. Writing in the Guardian, Tony Naylor describes a Mild as a "a low-strength (around 3%), very-lightly hopped beer, that became a staple thirst-quencher for miners, factory workers and anyone keen to sink eight pints and still get up for their shift the next morning." Typically sweeter and maltier than other beer styles at the time, patrons could opt for a Pale Mild or a Dark Mild to please their palate.

Mild became all-but-extinct as keg beers and imported styles gained popularity. CAMRA responded by launching an annual initiative known as Mild Month, where CAMRA branches across the UK "encourage local pubs to have at least one Mild on the handpumps during the month of May."

More history: The Dove in Hammersmith & London's Most Historic Pubs

WHY IS CASK BEER IN DECLINE?

The lockdown of the hospitality industry in 2020 meant that pubs were forced to throw away gallons of cask beer, while breweries focused on canning their beers for home consumption instead.

Data from SIBA suggests that, despite the reopening of the hospitality industry, cask beer has sadly not recovered. Before the pandemic, cask ale accounted for 67% of the beer produced by breweries that belong to SIBA but this number fell to 46% in 2021. At the same time, can production increased from just 3% to 13% over the same period.

SIBA brewers expect to produce 26% more gallons of beer throughout 2022, but sadly, they don’t believe that cask beer will increase from the depleted levels of last year. Instead, brewers say they expect to produce more keg beers and package more of their products into cans, which are easier and safer to transport than bottles. 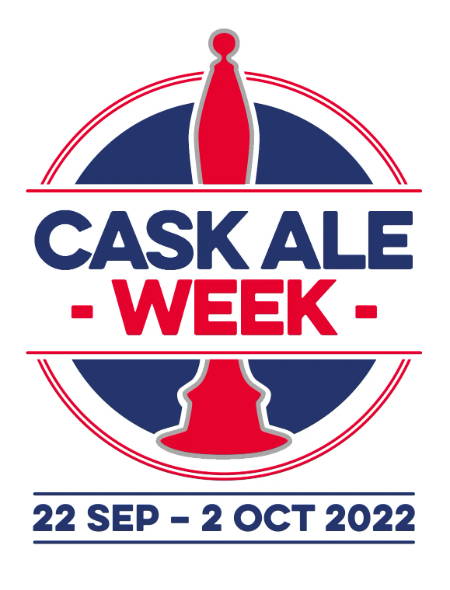 Before the pandemic, cask ale accounted for 67% of the beer produced by SIBA breweries, but this number fell to 46% in 2021.

HOW YOU CAN STAND UP FOR CASK

Cask Ale Week in 2022 runs from 22 September to 2 October. Visit their website to find participating pubs and breweries near you and get involved on social media using the hashtags #CaskAleWeek and #StandUpForCask.

To taste Small Beer Steam on cask, you can visit the Small Beer Taproom from Wednesday to Sunday. You can also sign up to our newsletter below or keep an eye on our social media channels where we will share pubs that are pouring our beer from cask.