Built in 1869, The Viaduct Tavern is one of few remaining Gin Palaces within the City of London. It’s rumoured to have served as a viewing platform for public executions outside Old Newgate Prison across the road (where a fountain is now) and the warren of rooms you can still go and see below ground, are speculated to be old prison cells from a detention facility that was once erected on the site. An old ticket booth is still visible behind the bar that the landlord operated by issuing tokens for drinks to ward off dishonest staff and patrons. 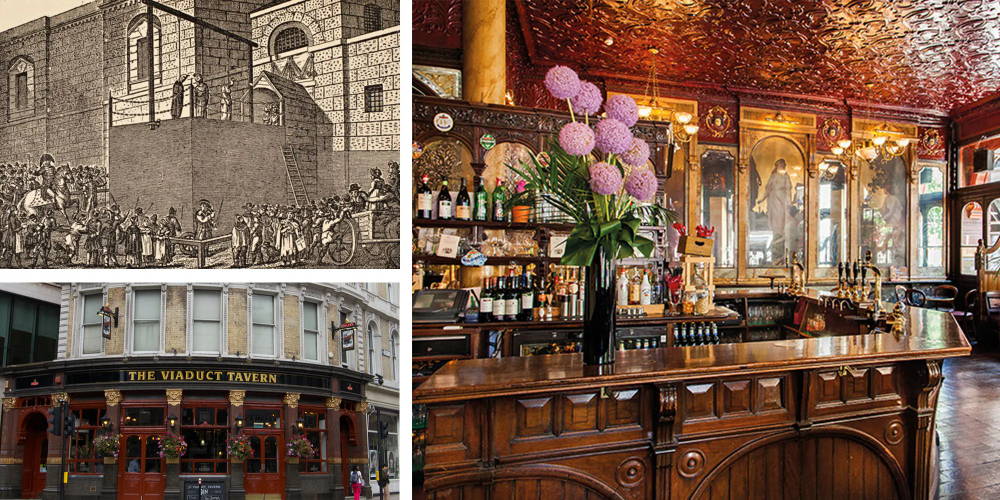 Originally built as a coffee house, where women were outlawed and men met to exchange views, The Dove has been on the site since the early 1700s. Scottish poet and playwright James Thompson is said to have written the worlds ‘Rule Britannia!’ while there in the 18th century, as well as Ernest Hemingway, Dylan Thomas and William Morris being regulars. The counter is reputedly Britain’s smallest, measuring just 4ft by 7ft 10in (apparently to allow the landlord to gain a full licence since two bars were needed to meet the criteria). 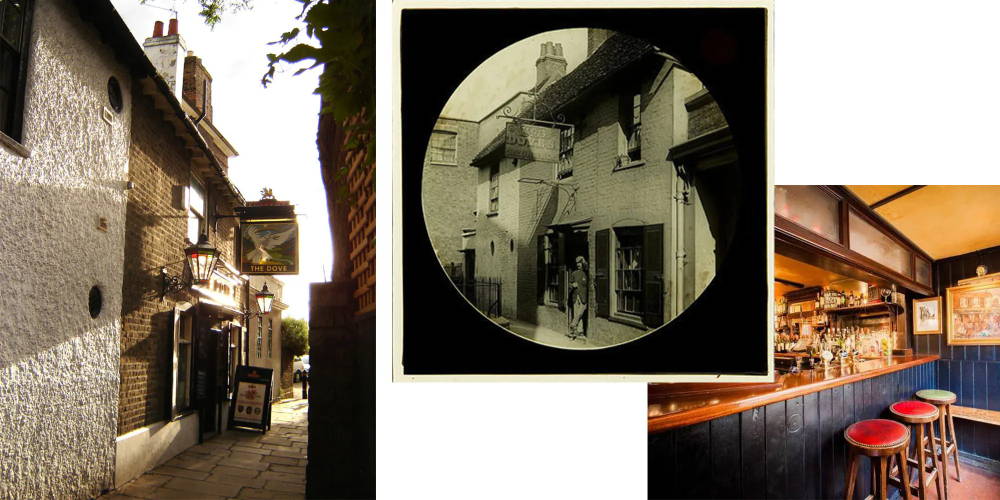 With the oldest part of the building dating back to 1663, this place has lived many a life. Infamous highwayman Dick Turpin once hid in its cellars to escape the law and notorious artist William Hogarth even sketched two fellow patrons bludgering one another with their tankards whilst he enjoyed his ale. Poets Byron, Shelley and Keats dropped in regularly whilst visiting Samuel Coleridge who lodged across the road. The pub’s Committee Room is even said to have hosted Britain’s first post-mortem, performed on a stolen corpse from Highgate Cemetery during the height of grave robberies. 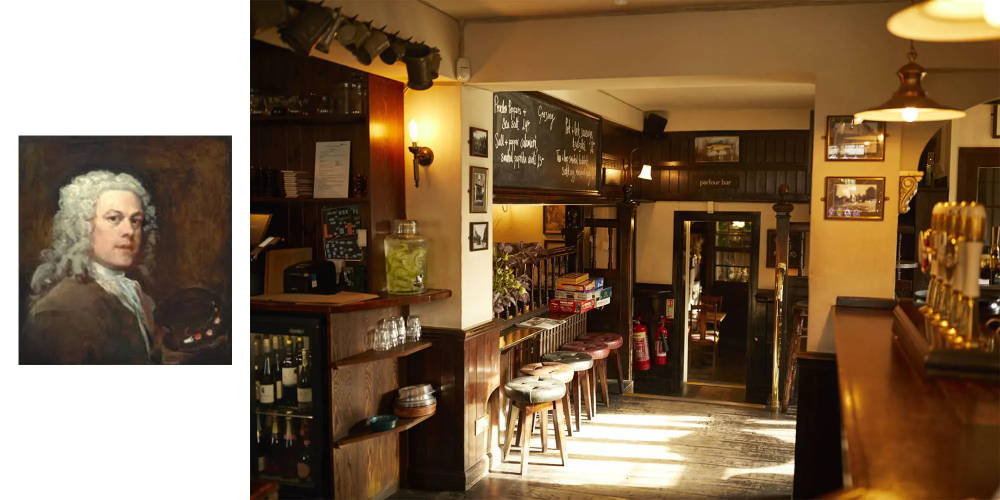 With Covent Garden historically a violent area, the upstairs room once hosted bare-knuckle fights, lending the pub the nickname ‘The Bucket of Blood’. There’s a plaque on the building that pays homage to an attack on John Dryden in 1679, which took place in the alley down its side, where Charles II sent men to punish him for a satirical verse written against the King’s mistress, Louise de Kérouaille. Charles Dickens is also known to have enjoyed many an ale within its walls. 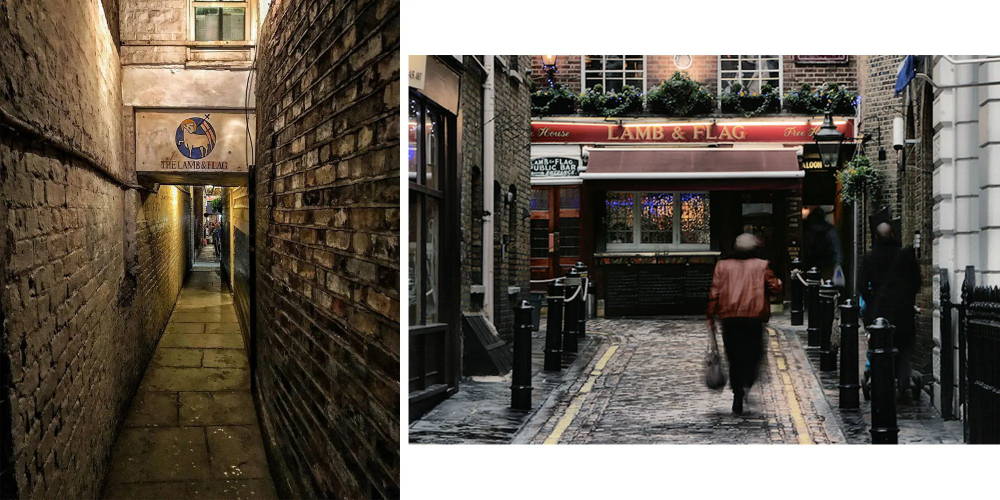 Originally built in the 1790s as stables to the house of renowned artist, George Romney, the site was later used as Assembly Rooms for the local area before becoming a pub in 1928. True to its roots, the pub serves as the namesake for The Holly Bush Emerging Woman Painter Prize, sponsored by Fuller’s, Dame Emma Thompson and Cass Art. 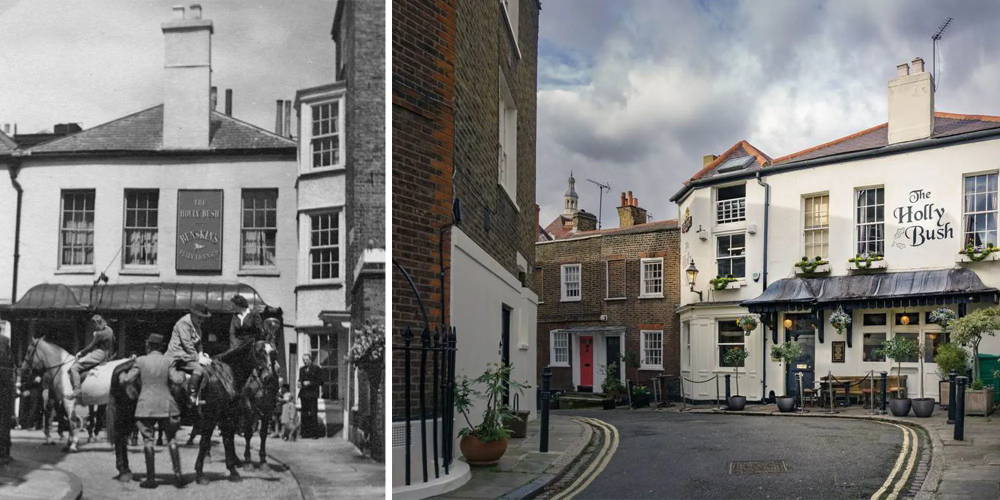 With a prime location alongside Portsmouth harbour, The Old Customs House was the shore establishment of HMS Vernon until 1986. For over 110 years it was the centre of innovation for the Royal Navy, serving as headquarters to the invention of the torpedo and the mine. Originally constructed in 1790 as a ‘scheduled monument’, it’s believed to be one of the first examples of a building that was specifically designed to be used as an office. If you’re into Naval history, check out The Admiralty on London’s Trafalgar Square too! 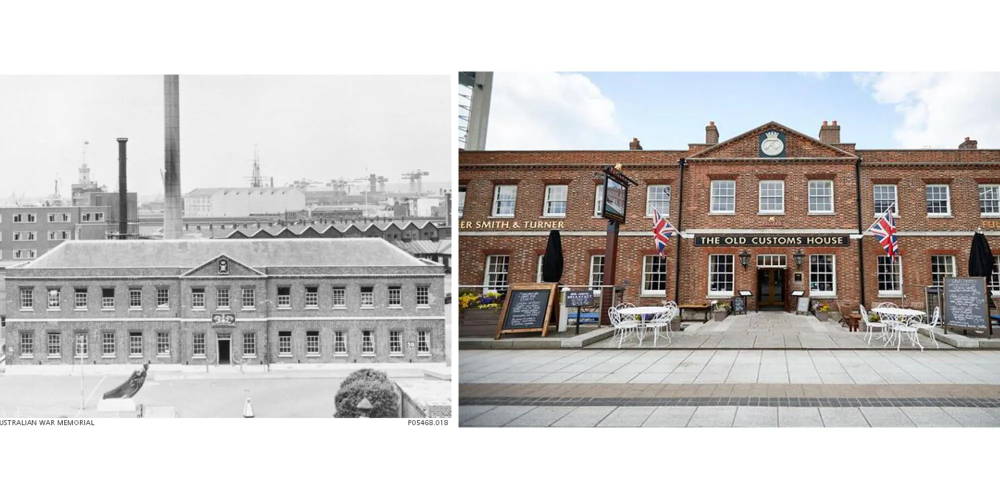