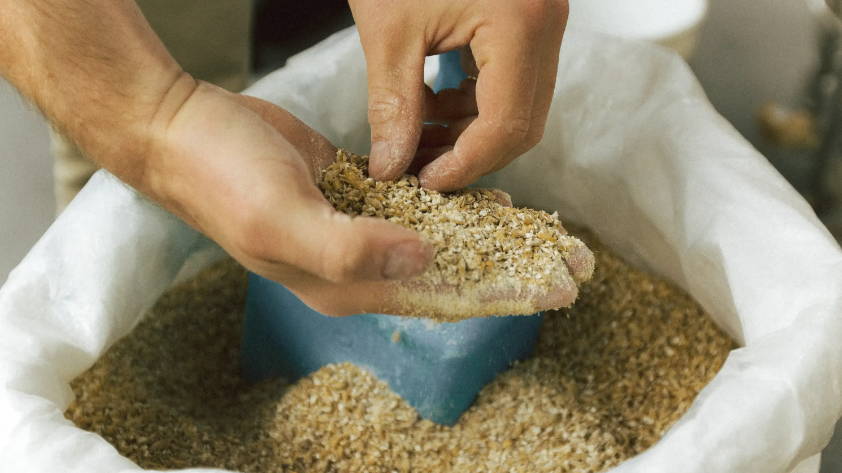 Demand for low gluten and gluten free products has grown in recent years. This increase extends to beer, bringing with it a number of benefits that beers with normal gluten-levels don’t offer. So, what is a low gluten beer? What are the benefits of it? Where does the gluten in beer come from?

WHAT IS LOW GLUTEN BEER?

When it comes to choosing which beer to drink, we all have our preferences, but there are considerable fewer options for people who are allergic or sensitive to gluten. Maintaining a low gluten diet can be difficult, as gluten is often a ‘hidden ingredient’ in a lot of the food and drink that we consume. Here, we look at why there is gluten in beer and how different levels can mean that some beers are suitable for those seeking to reduce their gluten intake.

WHERE DOES THE GLUTEN IN BEER COME FROM?

Brewing beer relies on four key ingredients; water, grain, hops and yeast. The starchy grains serve as a source of flavour, fermentable sugar and micronutrients, with barley, wheat and rye the most commonly used. The term gluten may refer to a number of different long chain, branched storage proteins found within these grains, such as hordeins in barley, glutenins and gliadins in wheat, avenins in oats and secalins in rye. Though all of these cereal grains are a source of gluten, it does not mean that all beers contain high levels of gluten as a finished product.

WHAT DOES 'LOW GLUTEN' BEER MEAN? 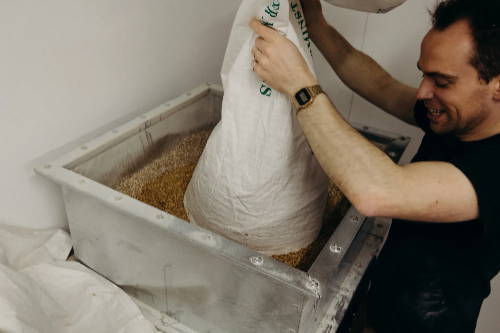 For a beer to be classified as gluten-free, it must contain less than 20 ppm (parts per million). Low gluten beers can include up to 100ppm gluten, which helps indicate that it may be suitable for drinkers who are looking to reduce gluten in their diet. However, low gluten beer is not suitable for coeliacs and drinking it must be considered on a case by case basis, depending on individual symptoms.

Although the exact mechanism for the reduction of gluten during fermentation isn’t perfectly understood, the traditional long conditioning time of our Small Beer (known as ‘lagering’), results in the gluten falling to low levels. The industry standard lagering period is typically 4-6 days, whereas we store our Small Beer for a minimum of 6 weeks (sometimes up to 12 weeks for our Lager). It is during this extended period of time that our beer has in vessel after fermentation, that the enzymes present in the yeast have time to break down gluten, as well as simply giving the gluten itself time to settle out.

Better still, we don’t artificially remove the gluten using extraneous enzymes and therefore don’t use any bulking agents after the gluten levels are reduced - we’re a naturally low gluten beer. We're also suitable for vegans, which helps to make our beer even more inclusive.

WHAT ARE THE HEALTH BENEFITS OF DRINKING LOW GLUTEN BEER?

As awareness of gluten intolerance has increased, so has demand for low gluten food and drink options. While the ppm levels of low gluten beer are not suitable for coeliacs, it can be safely consumed by those who want to reduce gluten in their diet, although this will always depend on each individual and their symptoms. Alongside catering to certain dietary requirements, low gluten beer has also been found to reduce bloating as it contains fewer carbohydrates that need to be absorbed after drinking.