How Does Alcohol Affect Your Mental Health?

It’s Mental Health Awareness Week, so as lower alcohol beer specialists, we wanted to explore the effects of alcohol on the brain and the importance of drinking responsibly. 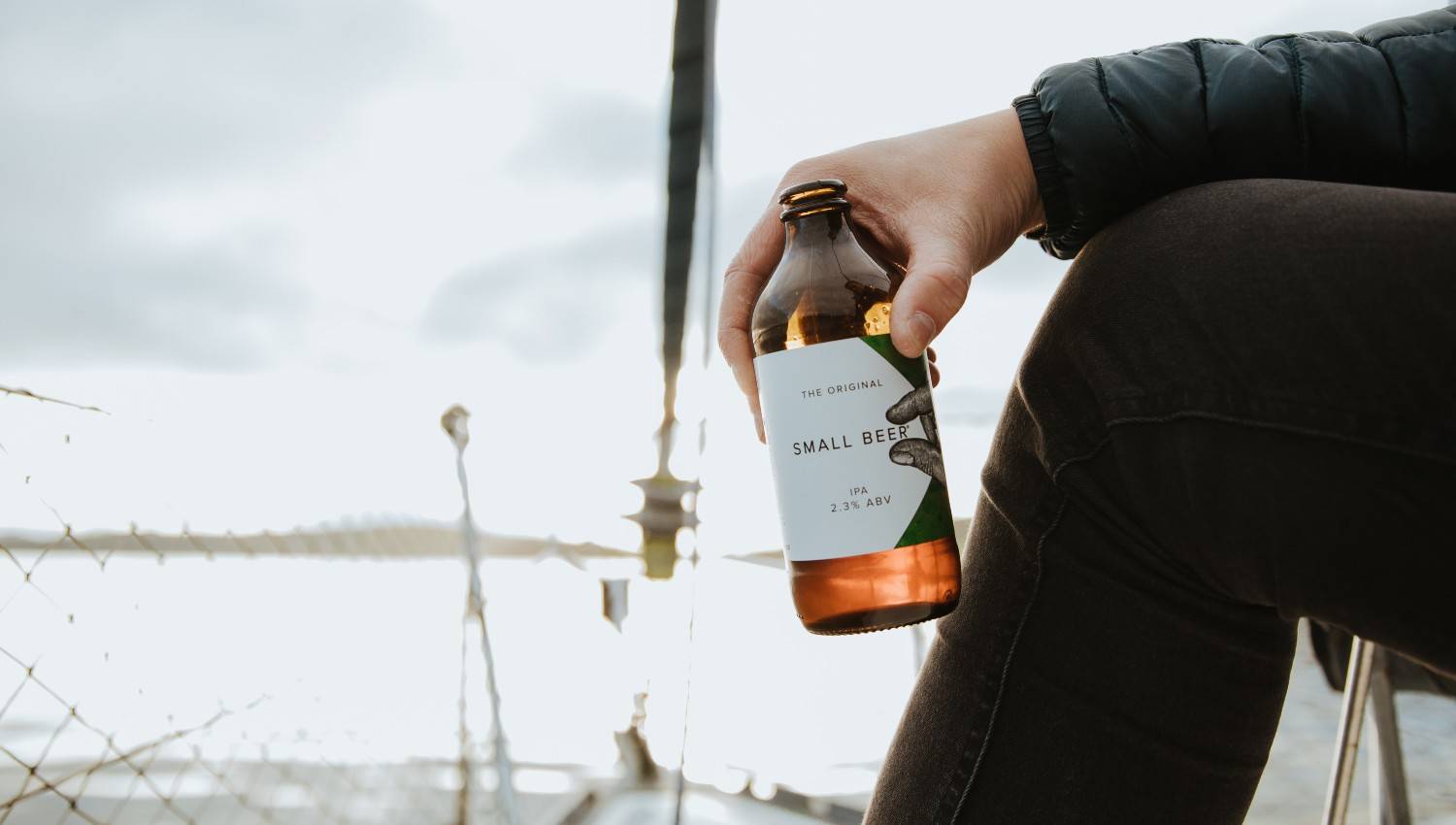 The link between alcohol and mental health has been known for thousands of years. As far back as ancient Greece, the philosopher Aristotle warned against the dangers of alcohol withdrawal. Over the last few decades, our understanding of the effects of alcohol on the brain has advanced a lot. So, how does alcohol affect your mental health and the way your brain works?

THE EFFECTS OF ALCOHOL ON THE BRAIN

To understand the effects of alcohol on the brain, it's helpful to have a quick reminder on how your grey matter works. Your brain consists of billions of cells that use a mix of electrical and chemical signals to send messages to one another. These signals affect everything from your thoughts and feelings, through to movement, digestion and breathing.

When you drink beer, for example, the alcohol is absorbed into your bloodstream, where it then enters your brain and affects two chemical signals that play a big role in the highs and lows that you may experience from consuming alcohol. 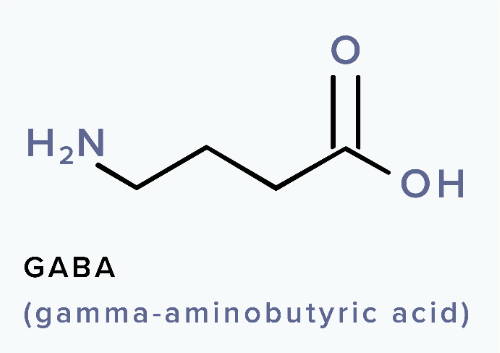 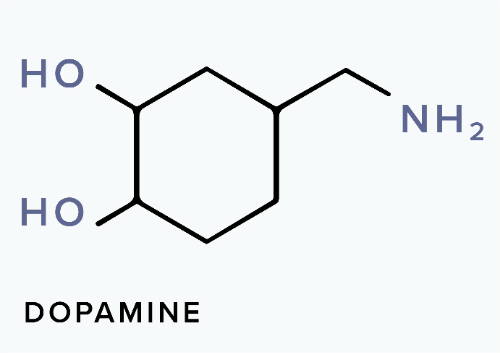 If you’d like to go a bit deeper, we recommend reading Dr Quentin Huys’ explanation of the neurobiology of alcohol that was written for the NHS, or for the big readers out there, a more in-depth study would be Alcohol’s Effects on Brain and Behavior.

The UK’s Chief Medical Officers advise people not to regularly drink more than 14 units of alcohol a week in order to limit the associated health risks. If you regularly exceed this limit and drink large amounts over a longer period of time, it can alter your brain’s natural processes, leading to alcohol dependency and other mental health issues.

HOW DOES DRINKING ALCOHOL IMPACT YOUR MENTAL HEALTH?

We all have a different relationship with alcohol, with the exact way it affects our brain and wellbeing depending on a wide range of factors. So why can alcohol consumption cause depression and anxiety and other mental health issues?

Despite advancements in neuroscience and our understanding of mental health, the link between alcohol and depression is still a little unclear. Sometimes, people with depression may drink alcohol to ‘self-medicate’ since it may make them feel happier in the moment. But when they stop drinking, it makes them feel even worse. We don’t know for sure if alcohol on its own causes depression, but Drink Aware has collated many studies which show that when people with depression stop drinking alcohol, their symptoms tend to subside.

Have you ever felt particularly sensitive, paranoid or regretful after a night of heavy drinking? You could be experiencing ‘hangxiety’ or hangover anxiety. But what is this? When you drink alcohol, your brain releases more of the chemical GABA, which makes you feel much more relaxed. However, the next day GABA goes back to lower levels, making you feel anxious and tense.

As we’ve already mentioned, alcohol can cause addiction as people seek out that dopamine hit. If someone becomes addicted to alcohol and tries to give up drinking ‘cold turkey’, it can lead to psychosis, delirium and hallucinations.

Another issue associated with alcohol and mental health are the social consequences of drinking. Since alcohol inhibits some parts of our behaviour, people may do or say things while drunk that damage their relationships with friends or family. That, in turn, can cause anxiety and depression.

WHAT TO DO IF YOU'RE WORRIED ABOUT YOUR DRINKING

If you are worried about the effects of alcohol on your brain or your mental health, it is always worth taking the time to reassess your drinking habits. If you feel that alcohol is contributing to feelings of depression, anxiety or addiction, speak with your doctor or find local support services via the Drink Aware website. There is a lot of help out there for people struggling with alcohol problems.

Swapping out the beers in your fridge for a lower alcohol alternative makes it much easier to stay within the government’s recommended limit of 14 units of alcohol per week. If you’re looking to find more balance in your day to day, everything we brew at Small Beer is below 2.8% ABV. All of our 350ml bottles of beer contain between 0.4 and 0.9 units of alcohol, depending which beer you’re drinking, which is considerably less alcohol than a typical mid-strength beer, which will typically contain at least 1.5 units per bottle. 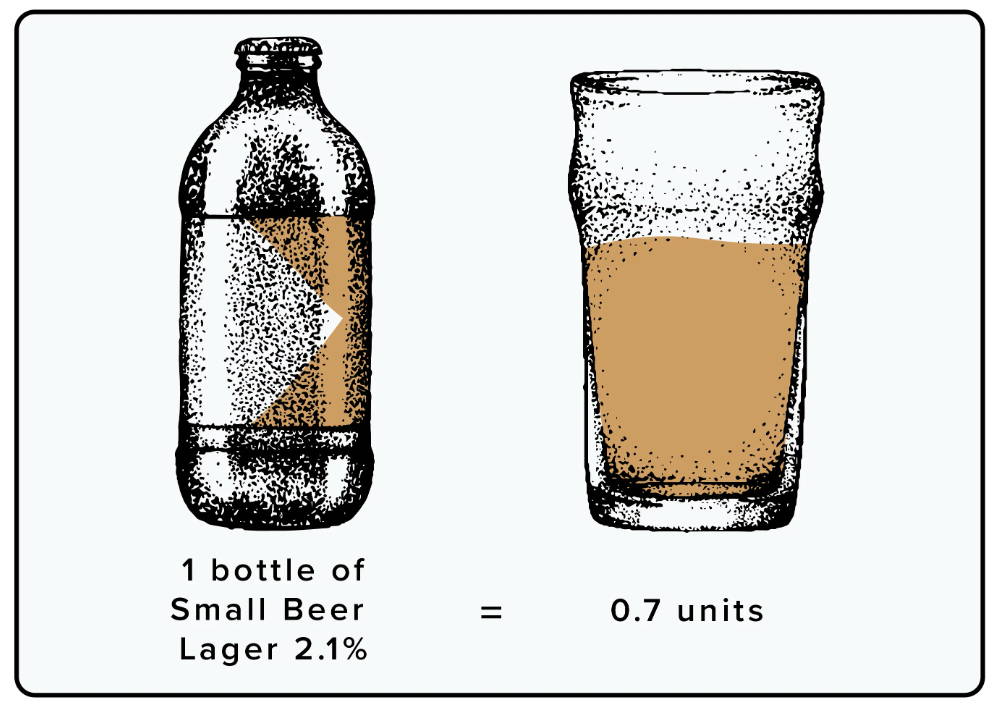 The benefit of drinking lower alcohol beer is that you still get to enjoy the gentle buzz of a good beer, but without it taking the same effect on your brainpower. You’re also far less likely to wake up with a pounding headache, stopping you from enjoying future plans.

As specialists in lower alcohol beer, we take our responsibility when it comes to drinking habits seriously. That’s why we became London’s first brewery to achieve B Corp certification, which recognises companies that use a business as a force for good by reaching the highest standards of societal and environmental impact.

For further support with managing your mental health or changing the way you drink, we have compiled a list of charities below who can professional help and advice: