From bartending school in Prague to opening The Kwānt in London, Erik Lorincz was happy to share his stories from behind the bar with Small Beer.

I’ve had quite a few over the years. At first I would say it was when I left my job, friends and family behind to go to a bartending school in Prague because there was nowhere to learn in Slovakia, not even at a cocktail bar. A few weeks in, one of my teachers said to me ‘If you’re going to be good, I’ve got a job for you with a place I’m consulting for and it's the first cocktail bar opening in Slovakia’. 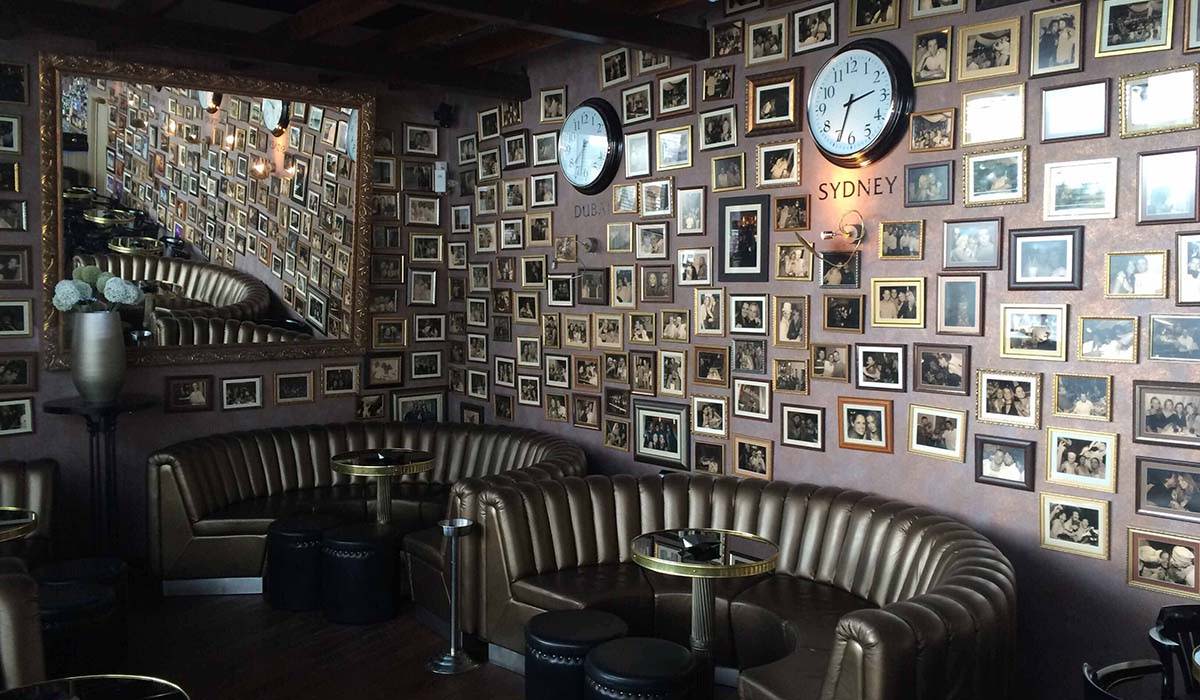 The moment it opened it was so busy. I went down to meet the owner and it was this beautiful little cocktail bar in downtown Bratislava. I worked as the barback for a Friday and Saturday shift and they asked me to come back the next weekend. I would travel from Prague to Bratislava by a 6 hour train to do a double shift and then on Sunday I would take a 5am train to my hometown to see my family. I did that for three months. That’s how I started my travelling! After I finished my school, they offered me a full time job and I was there for nearly four years.

“I could see how much more there was to learn, but I couldn’t find anything in books or on the internet that wasn’t in English.”

But while I was at the bartending school I could see how much more there was to learn, but I couldn’t find anything in books or on the internet that wasn’t in English. When I was working at that bar in the capital, there would be tourists coming in speaking lots of English. So my thought was ‘I want to learn more English and I want to learn more about bartending’. So again, over Christmas dinner, I told my parents that I’m leaving and I came to London in January 2004, when I was 18 by bus. It broke down on the way from Bratislava so it took me 27 hours to get here. I started at a language school in Camden Town and very quickly I knew I had to find a job when I realised how damn expensive London is.

I found a bar on Kingly Street, just across the street from Kwānt now, where I cleaned the floors, collected glasses and cleared ashtrays and before you know it I was the head barback. I started bringing in new barbacks through people I knew and built a whole team before I became a bartender. At the beginning I was given a station that only had space for one guest to be served on one side and another guest to be served on the other. That was it. But on what must have been my third night I made something like £6,000 on that station and the head bartender who was on the busiest station made something like £3,500. The next day they put me ‘on the point’ and I never moved back until I left two years later.

After that I went to a Japanese restaurant and then I thought I’d try The Sanderson Hotel after one of my customers back in Bratislava mentioned it to me. I got a job working at The Purple Bar, where I built up my experience to get to The Connaught, which is really where I wanted to be.

Well, when I went to Japan I discovered ice work and really wanted to bring ice blocks to this country, because no one was doing anything like that over here. 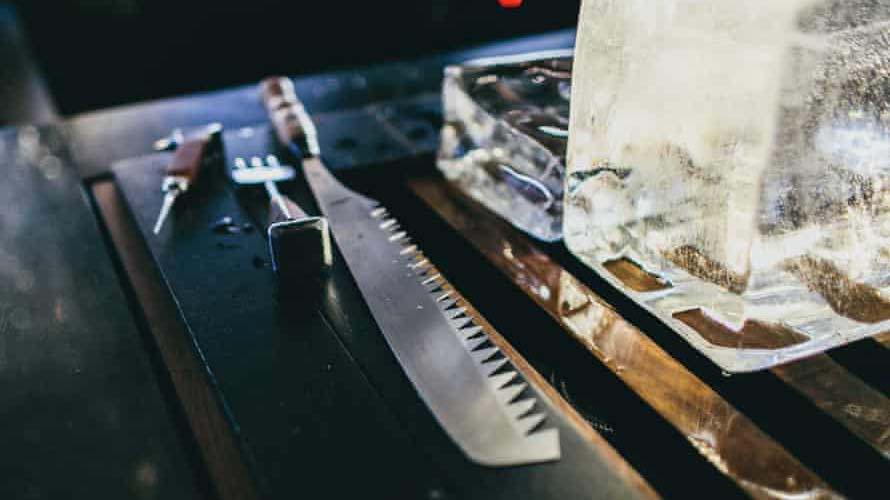 “I’d never had any training on how to cut ice. I was thinking: ‘How on earth am I going to do this?”

It was funny, I asked Eskimo Ice for a block and they didn’t know what I was talking about because at the time they only did statues that were made out of blocks. So they quoted me £350 for one block, which was crazy because it’s just frozen water, but then they explained that was for 350kg. But because I’d seen how it worked in Japan I managed to explain to them what I was looking for. Once it turned up I had another problem because I'd never had any training on how to cut it. I was thinking ‘How on earth am I going to do this?’ because when I was in Japan I would always see the final product as a small cube, but not how it was broken down from the original block with the Soba knife. Luckily, a friend of mine who I brought to the UK to be a barback was a builder and he explained how he would break down bricks by going very softly from one edge to another with constant little taps until it just falls away, and it worked! 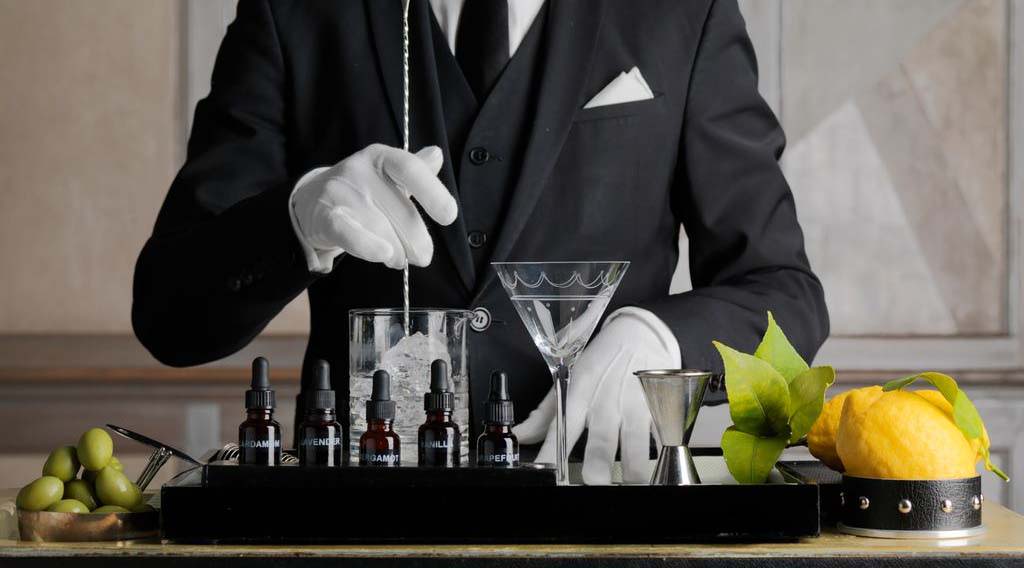 Another one was at The Connaught with Ago when he came up with the idea of the bitters for the martini. It was a great idea, but it meant that every time someone ordered a martini you needed two people to go and serve it. One would hold the tray with bitters and garnishes and the other would mix the drink and explain everything to the guest. I thought back to something else from my time in Japan where everything is done in front of you, all super precise and that’s where the idea of the martini trolley came from.

Another hilarious thing was that we wanted to take it to The Cocktail Spirits in Paris and we had to work out how we were going to get it over there. When I went onto Eurostar’s website and checked in oversized luggage it said that furniture wasn’t allowed, but there was an option for sports equipment and musical instruments. So I chose a musical instrument and thought I could always say it was a little piano on wheels and that's why some people call me ‘Little Piano’. 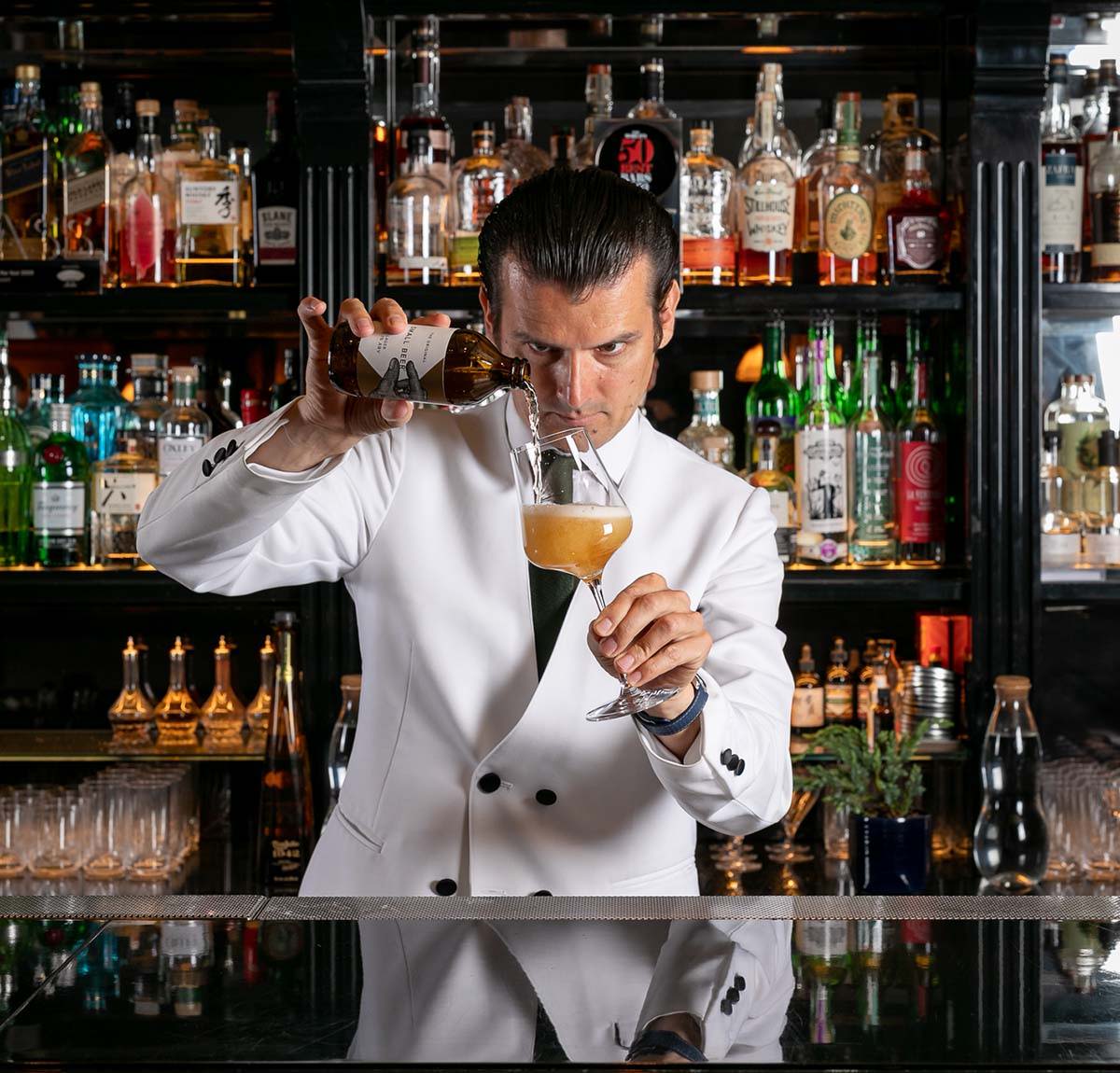 When I look back over the years I wouldn’t say there’s one favourite. There have been so many where I’ve had to figure out how to do it, which I really enjoy, so I’d say whichever the guest most enjoys drinking, that’s the most enjoyable serve to make. That would be the way that I would put it.

Quite often a beer or champagne. If it’s champagne, it depends how busy the night was but I would say that our house pour, Frerejean Frères Premier Cru is a lovely one made by a family of three brothers. I just love champagne and have even started collecting it which is a wonderful and dangerous hobby because I’ve now got some vintages that go back as far as the 1950s. Right before the first lockdown we cracked open a 1969 Dom Perignon and it was out of this world. I’ve never experienced something so unique.

What is Barside Sessions?

We created Barside Sessions to celebrate some of the finest names in drinks, lifting the lid on their craft and exploring the journey that has brought them to stand so proudly behind the bars that they tend...